House on a Bluff

A unique blend of direct waterfront immediately rising to a bluff. With unobstructed views of Sheffield Island, Wilson Cove and Long Island Sound, this project’s goal was to experience a great panorama and a transparent waterside elevation that was never singular in its experience.  This was accomplished by using classical one-sided planning, where the occupied rooms were developed along the view, with ancillary spaces such as garages, mudrooms, pantries and corridors loaded to the non-view sides of the plan. The open-planning of the interiors is defined by the ceiling design, which was executed by utilizing varying heights of vertical grain fir that give way to the clean, white ceilings that define rooms and the pedestrian circulation. 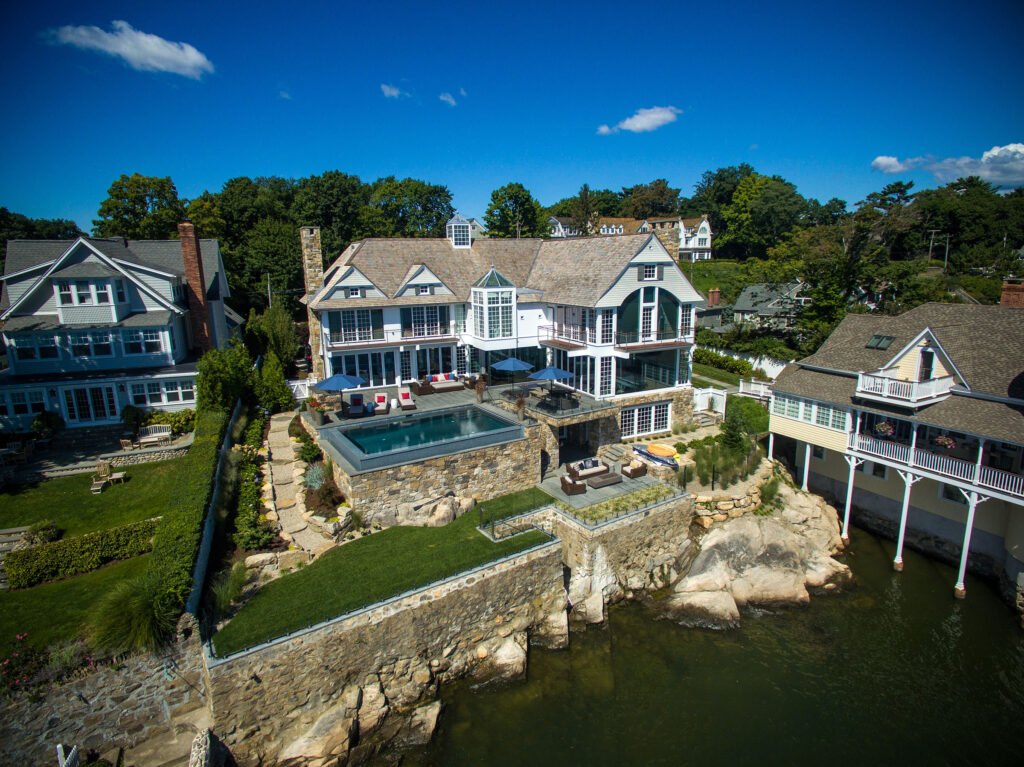 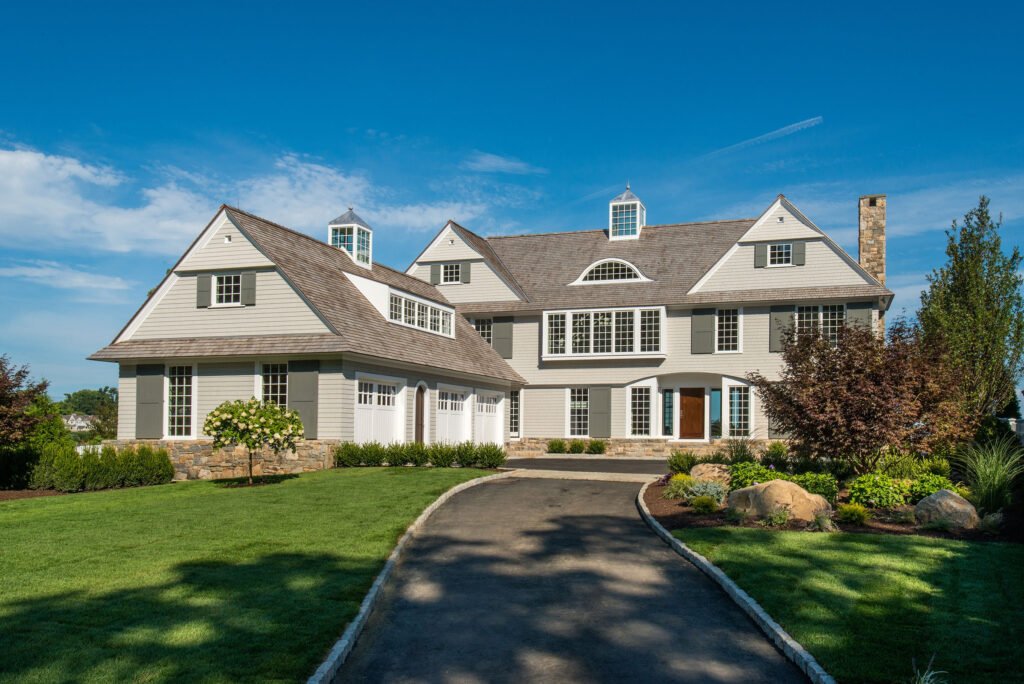 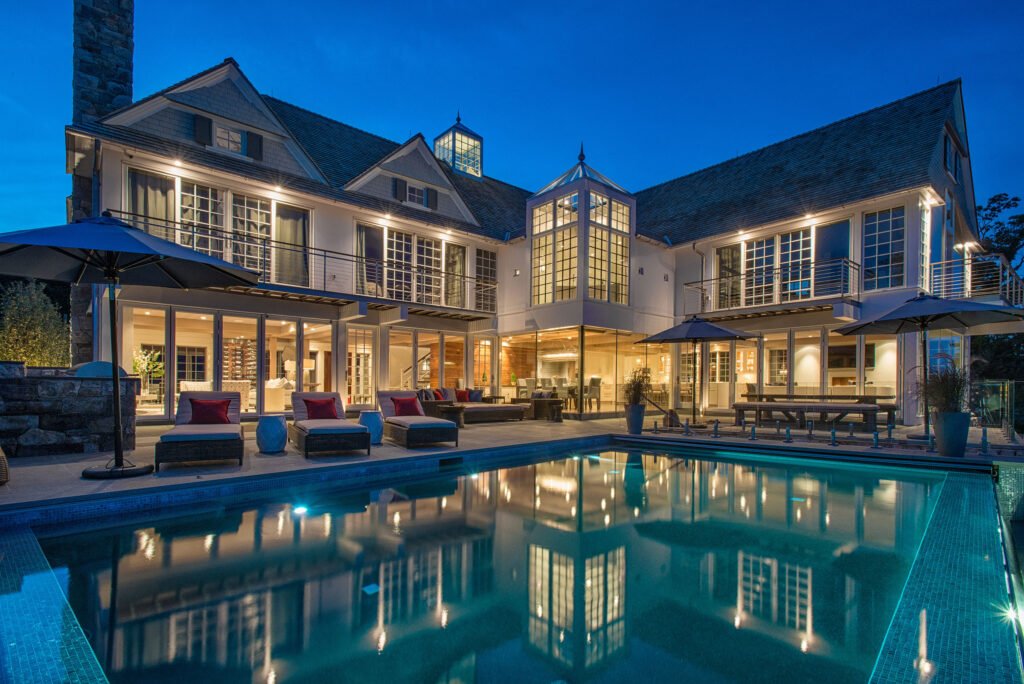 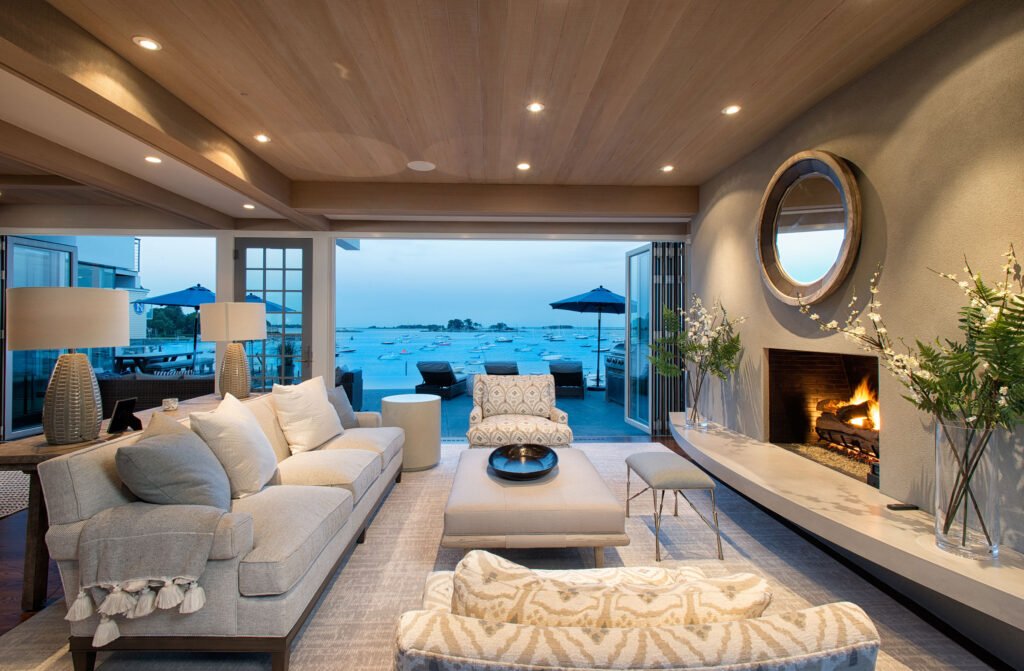 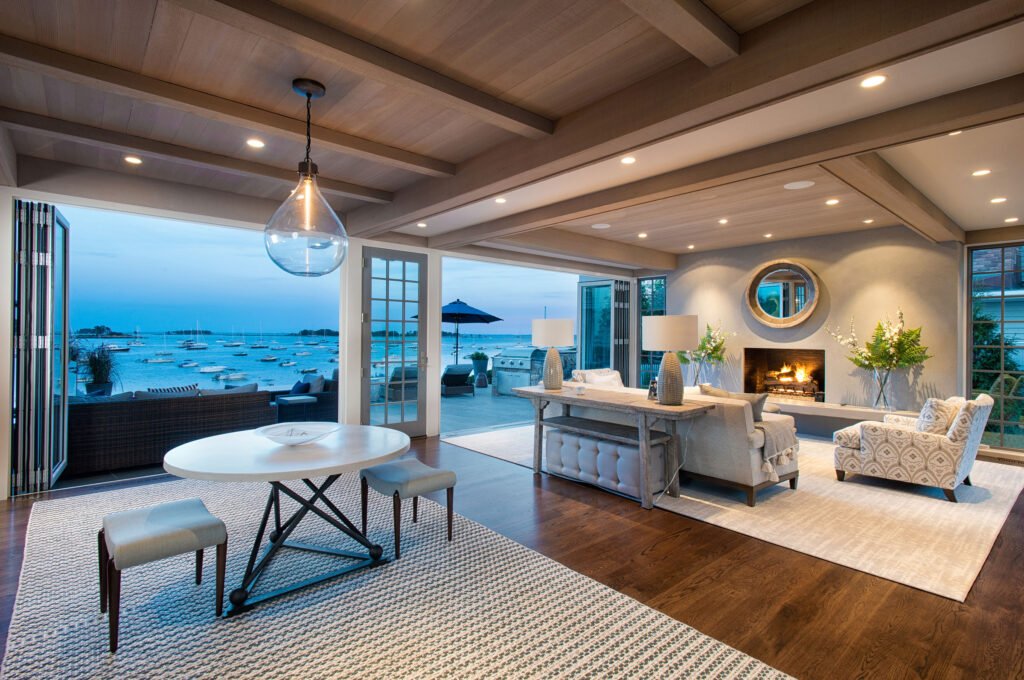 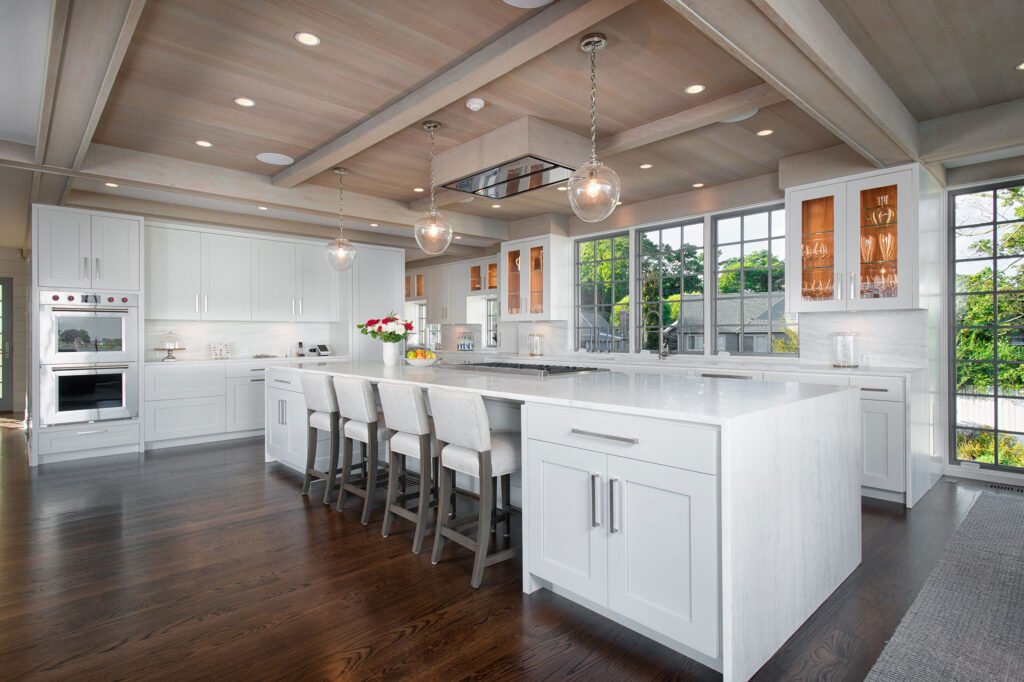 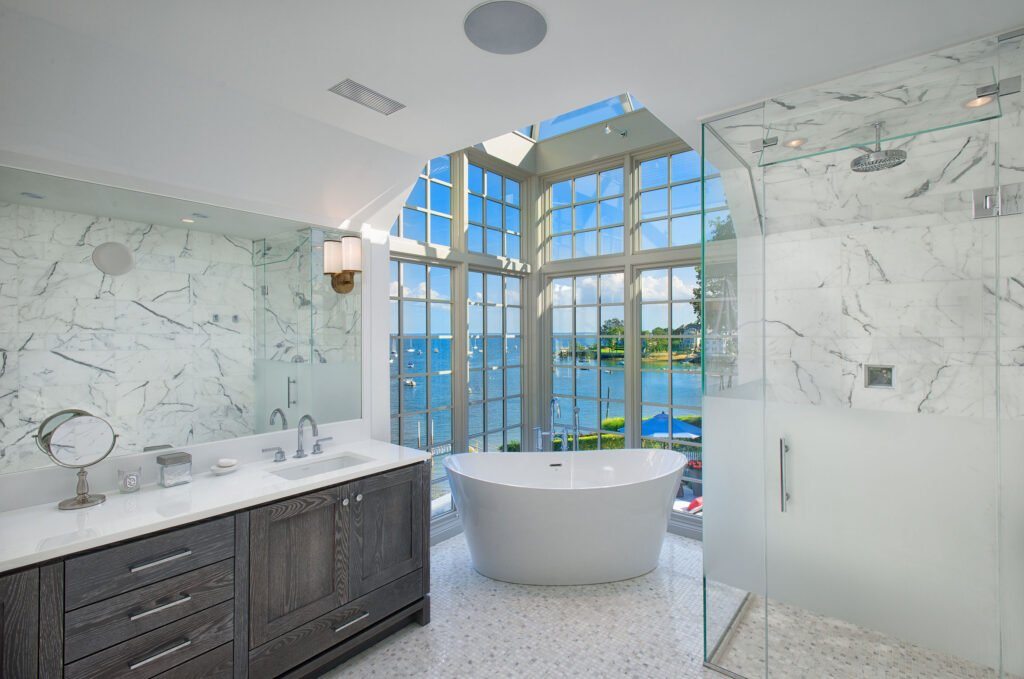 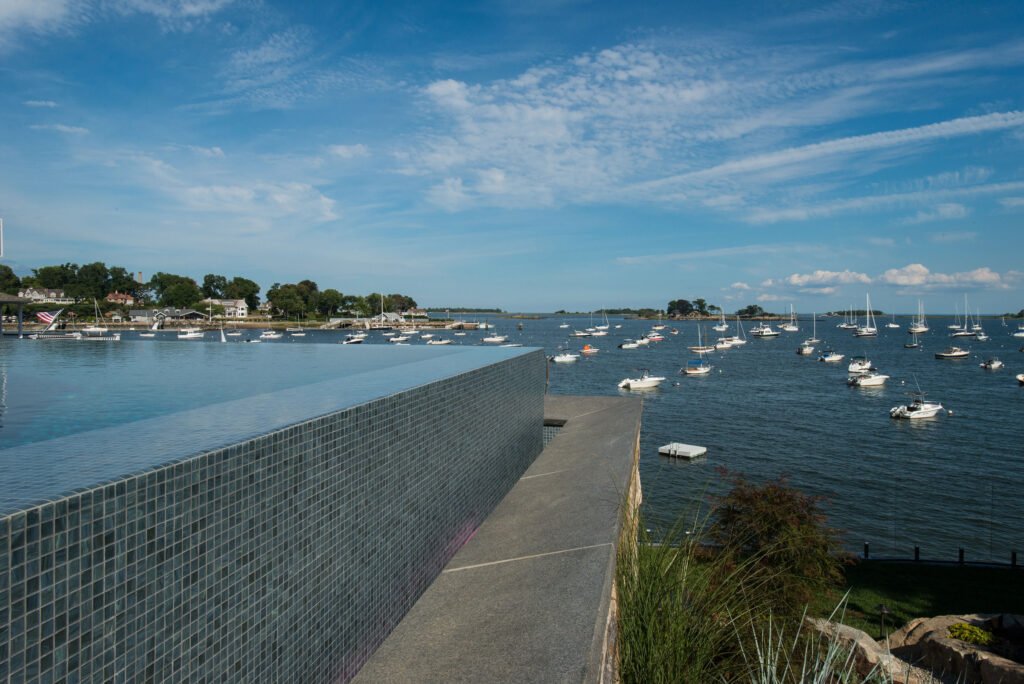 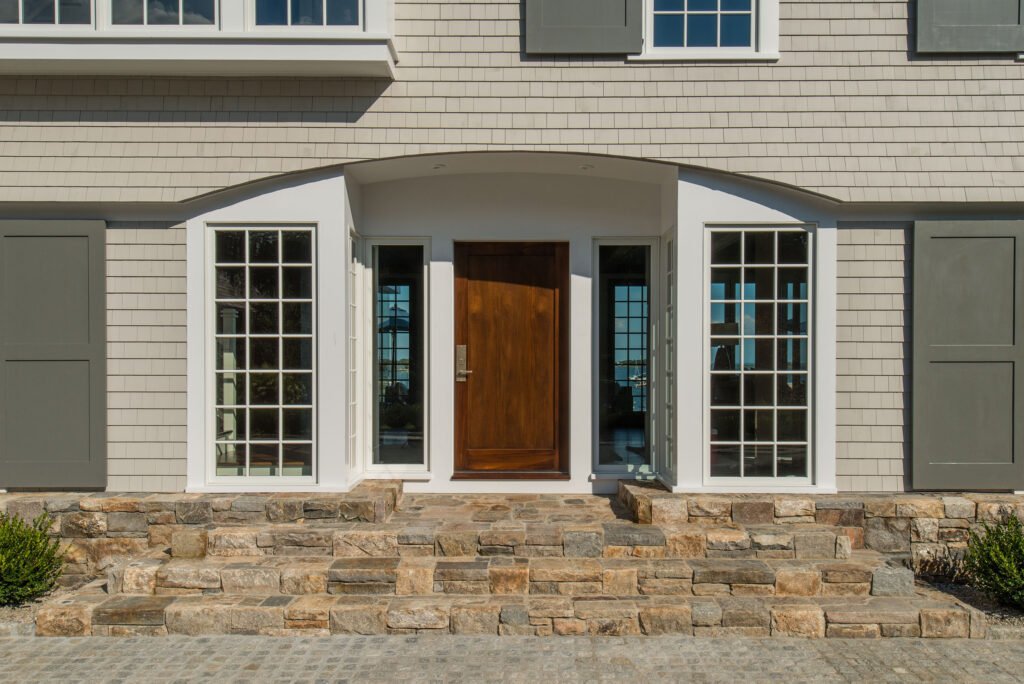 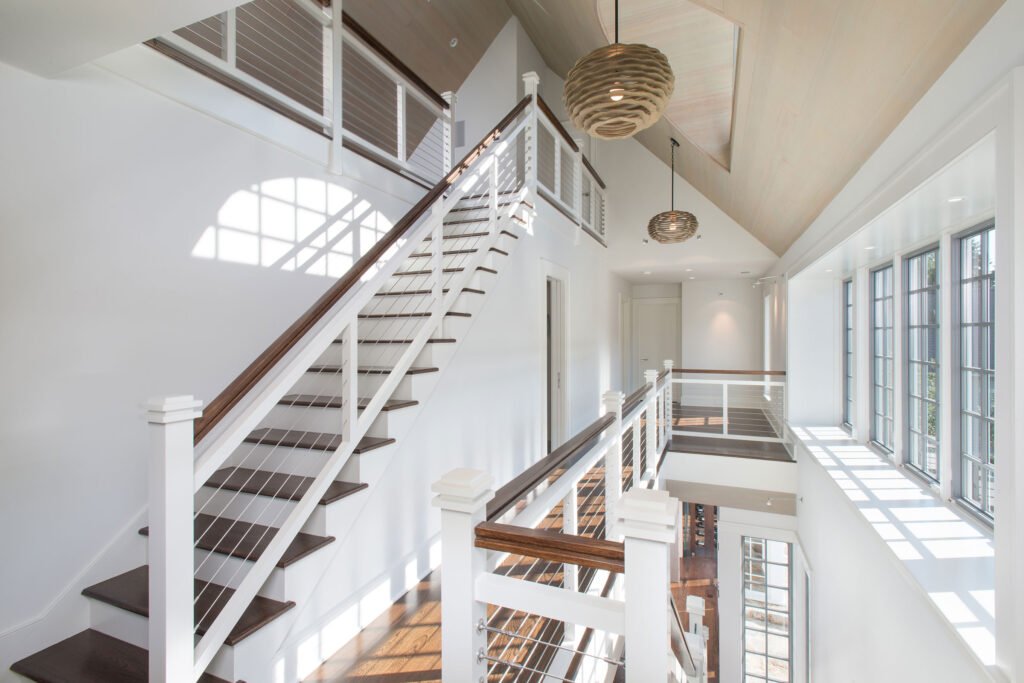 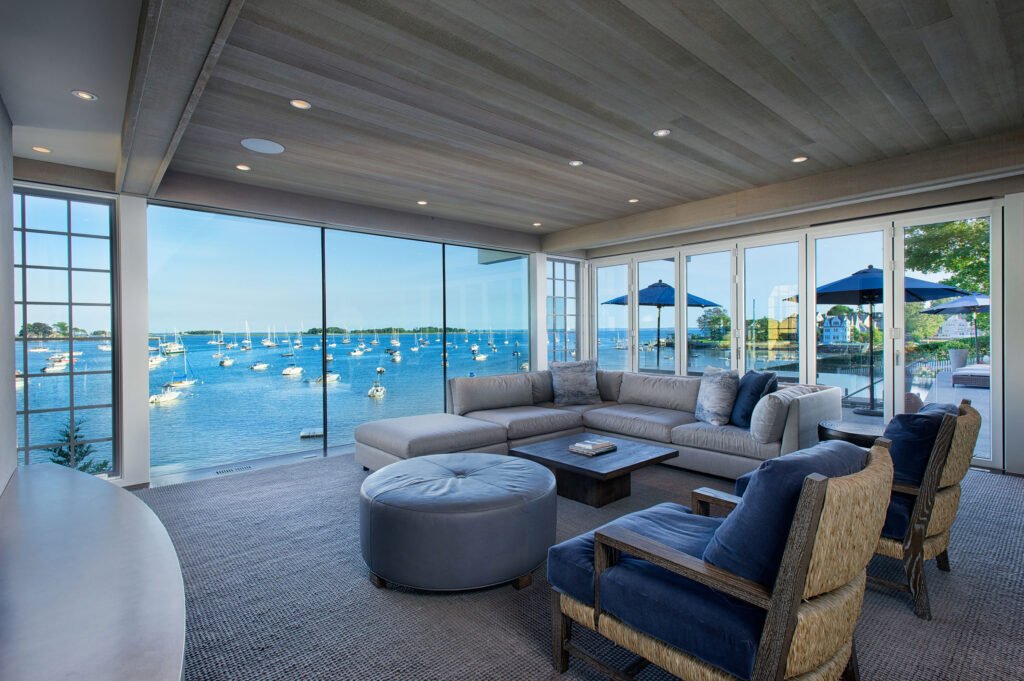