A dated structure that sat at the end of Crescent Beach begging to be transformed: a staggered multi-story split-level that cantilevers over the breaking waves of Long Island Sound. The owners sought more living space and more formality. This was accomplished by unifying the multiple additions with a monochromatic exterior that relaxed the prior visual confusion. Rooms were opened to each other and defined by ceilings and wall paneling. Unifying the vertical circulation broke the tediousness by introducing lit newels that serve as beacons at each level. Meeting the need for privacy along the road, the remaining walls were opened to the expansive views of Long Island Sound, including the bowed glass eagle’s nest that serves as the lookout perch. 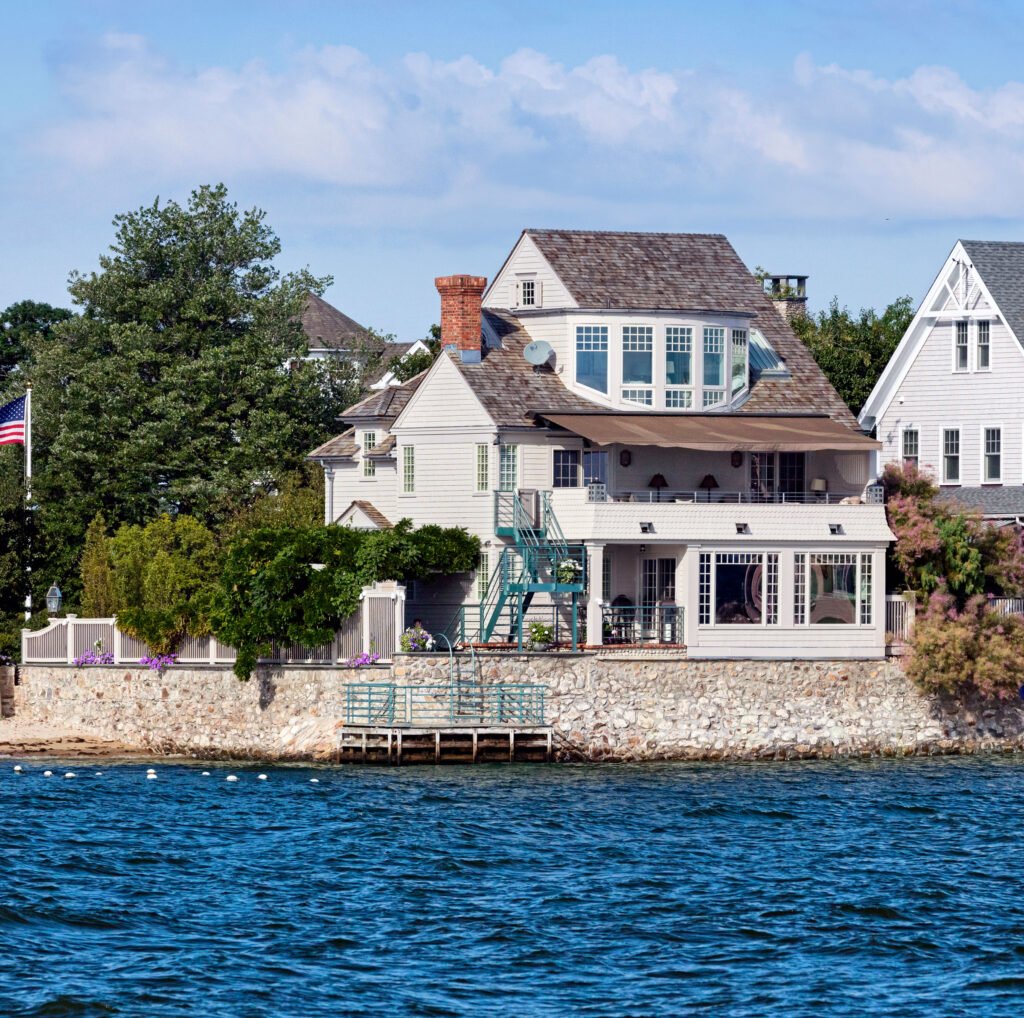 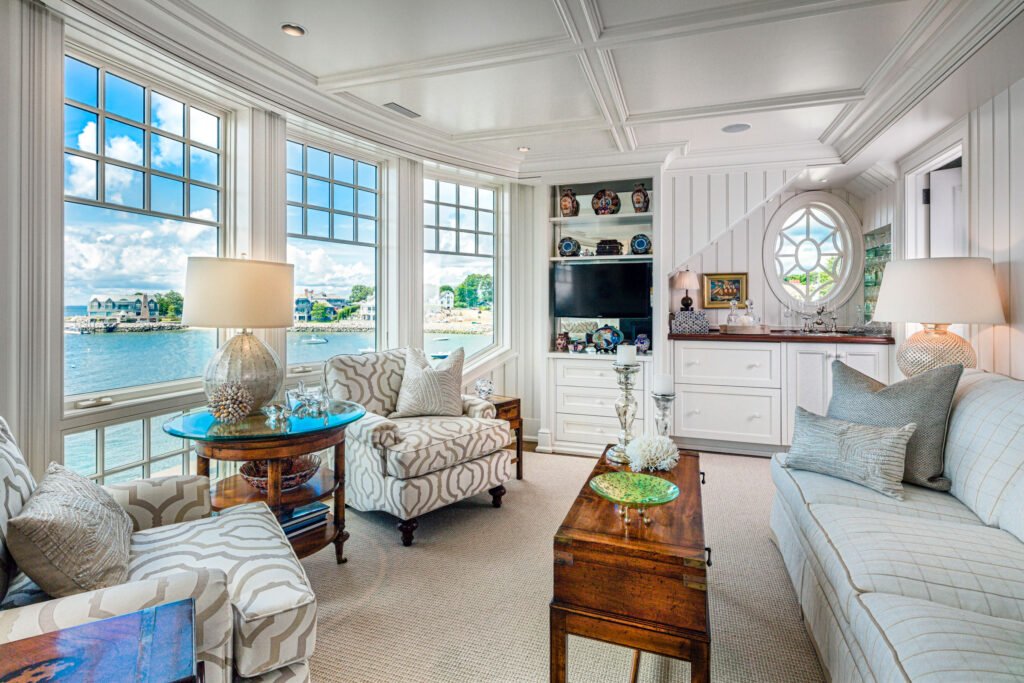 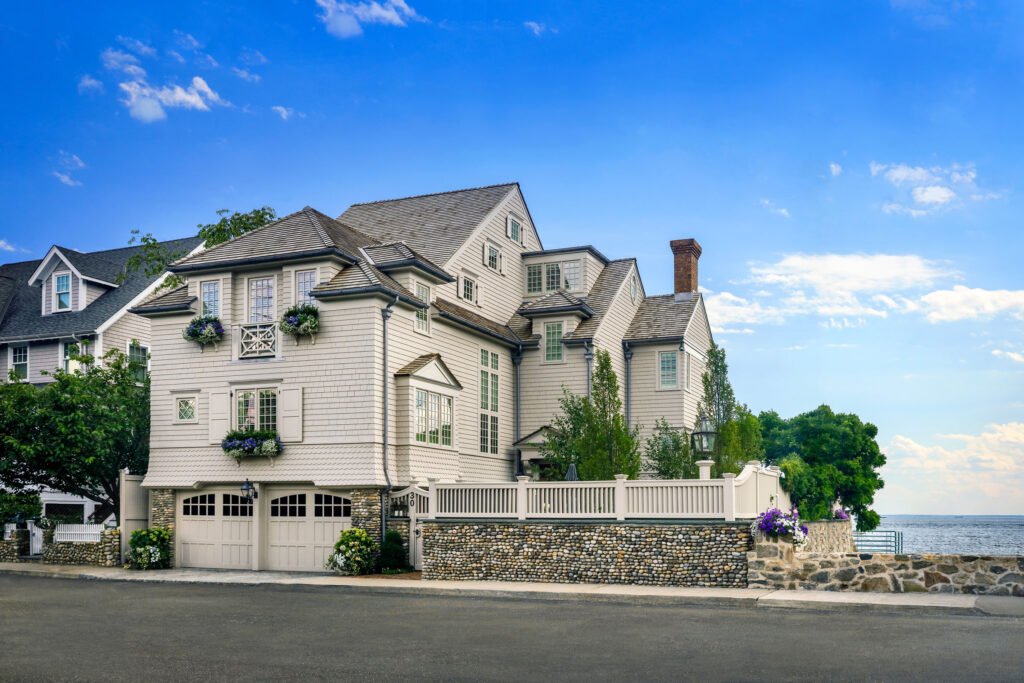 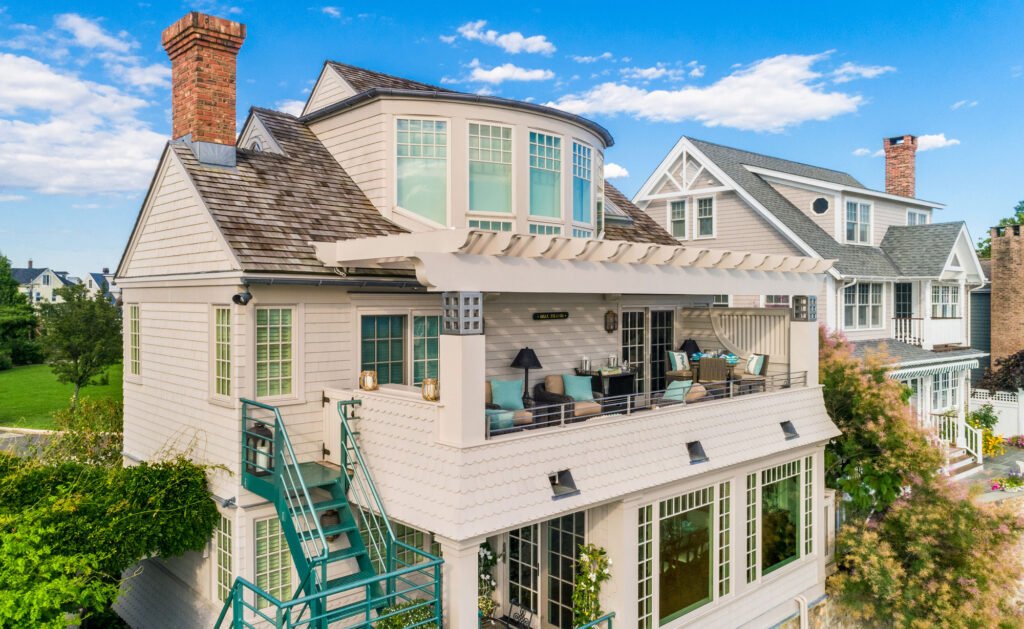 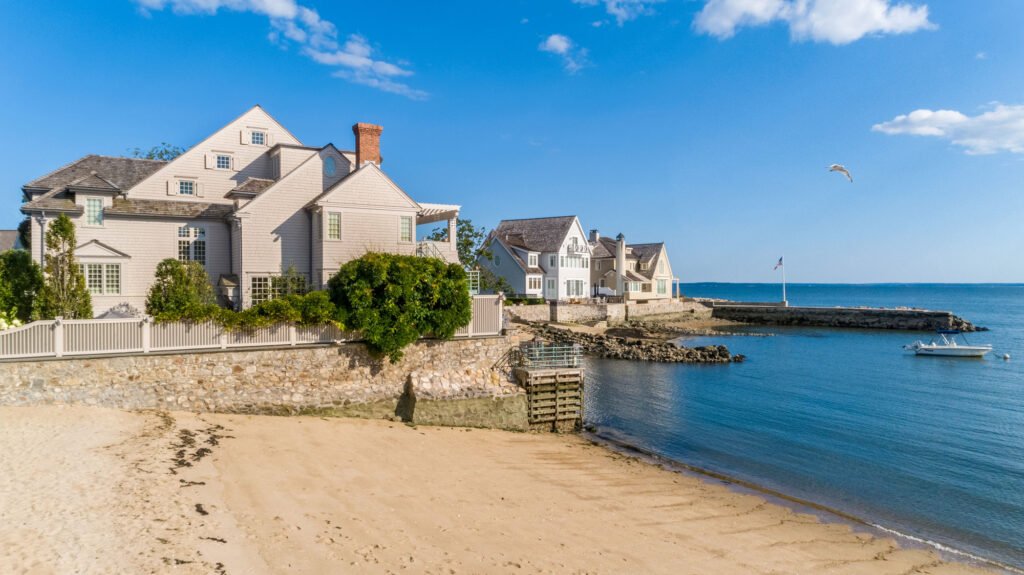 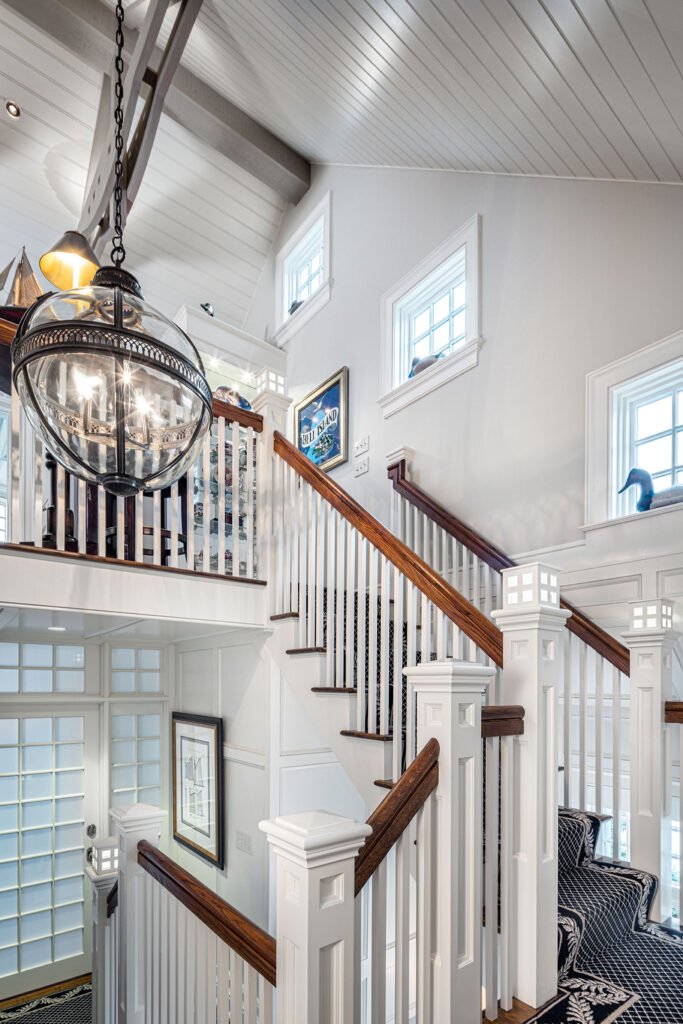 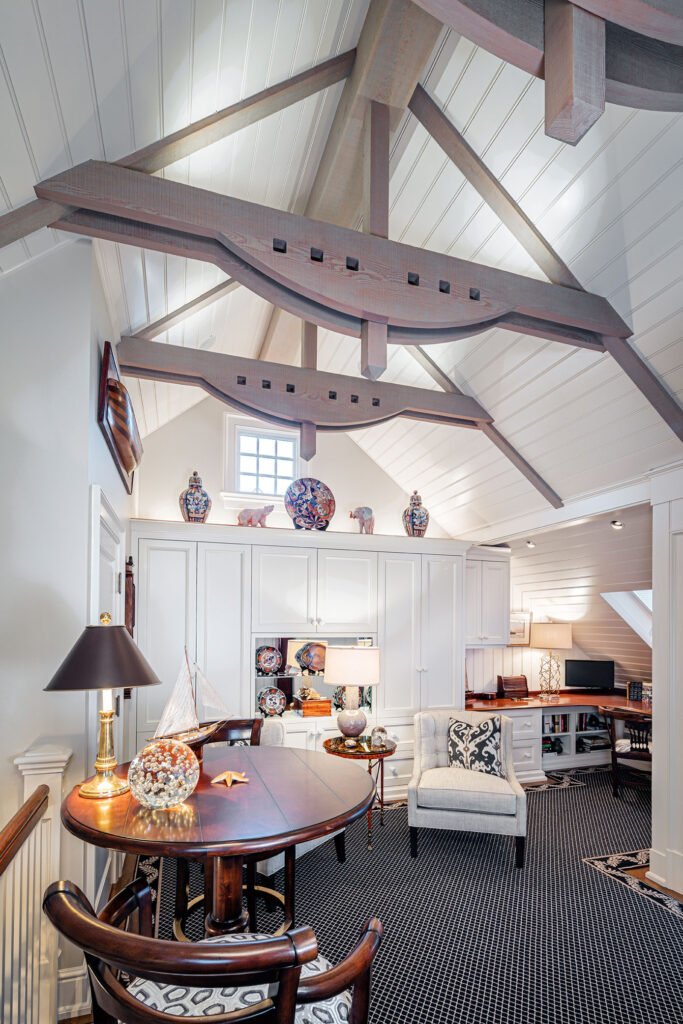 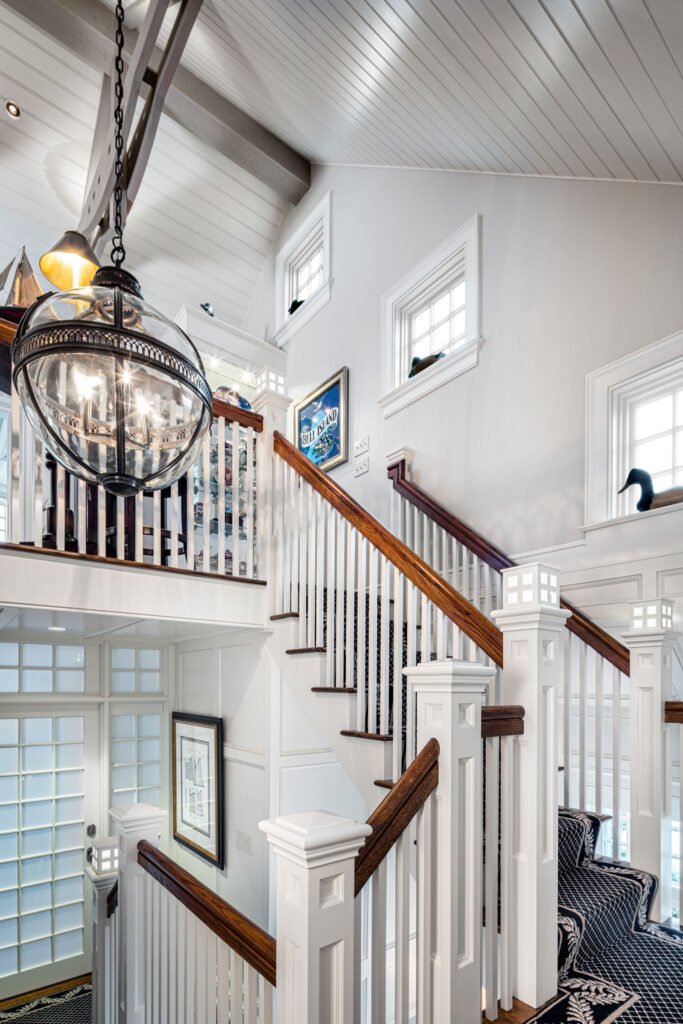