This project was as intense as any we have ever worked on. The original structure dated back to the early 1800s, first as the general store in its small coastal town, and then as a private residence that had never been expanded–and seemingly never updated.

Further, the existing structure was in violation of every possible zoning regulation, including a nonconforming elevation to the flood zone it sits within. Fortunately, the project was located in a community with a land-use department that wasn’t in the business of saying “no”, but instead, “let’s see how.”  In accordance with the land use department head, the team was able to find a rarely-used regulation described as a “Protected Town Landmark” that allowed them to reinvent the structure rather than having to demolish it.

Knowing we had to raise the floor elevation of the house to accommodate the flood zone, we worked to create the stone porch in a linear manner that would avoid the need for guardrails and still meet today’s code restrictions. We also preserved the original first-floor structure and the existing front wall. This included the historic windows, front door, and shutters, all of which were carefully restored and reinstalled.

Read More On Our Blog: The Importance of Restoration Projects 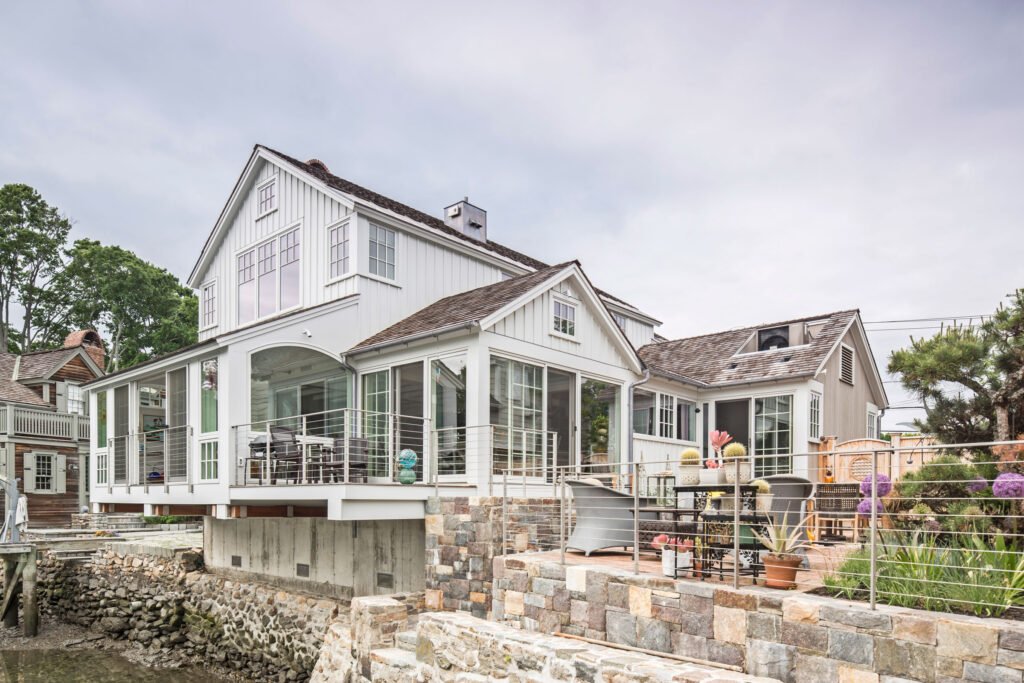 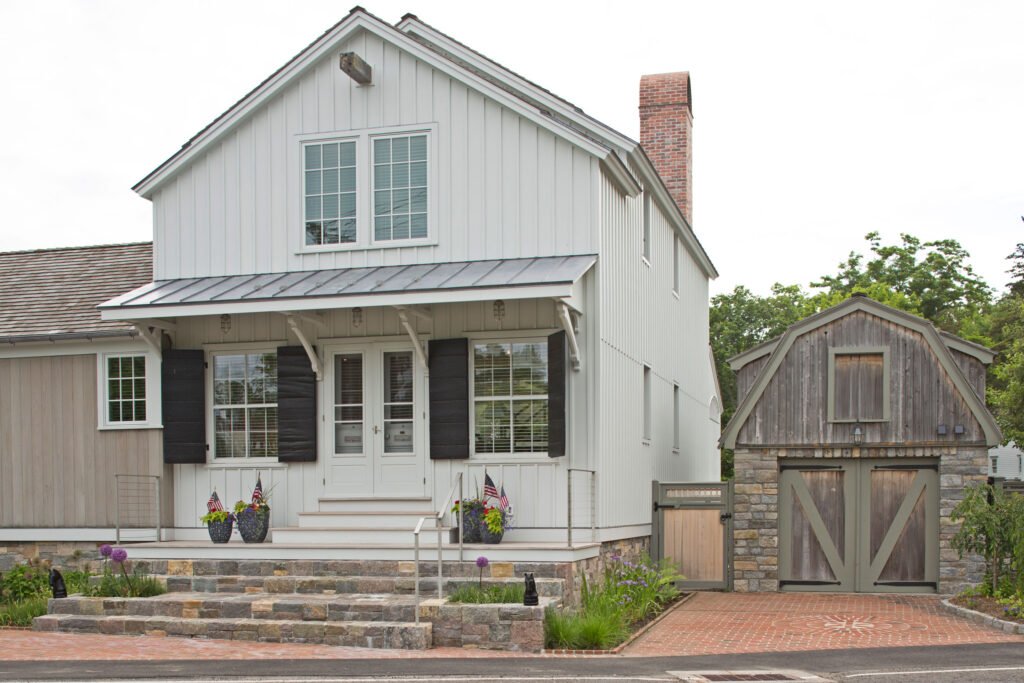 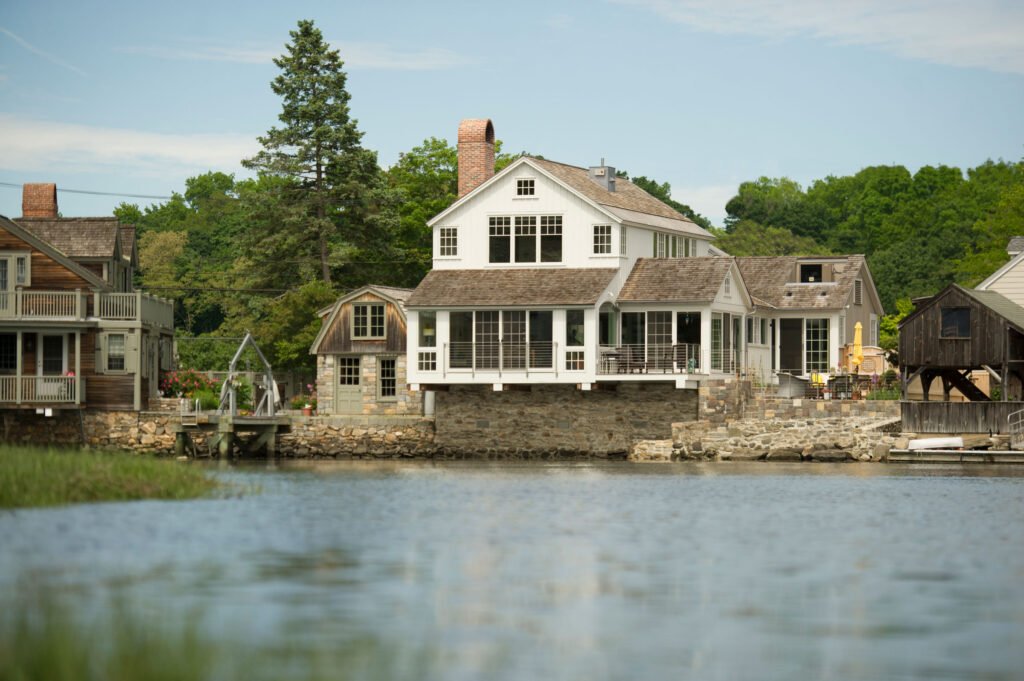 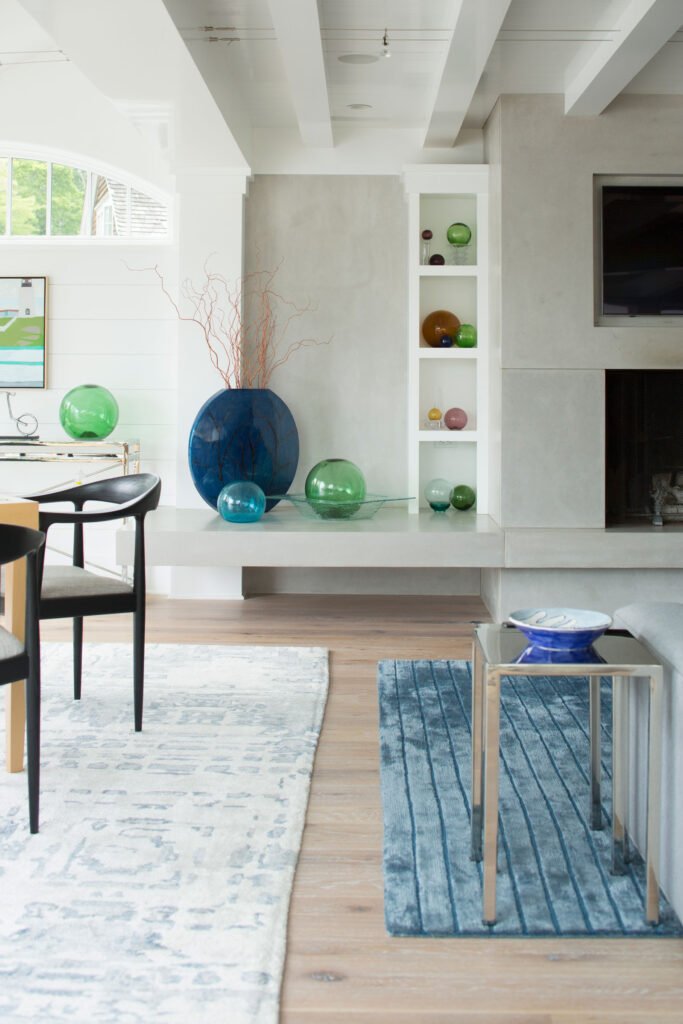 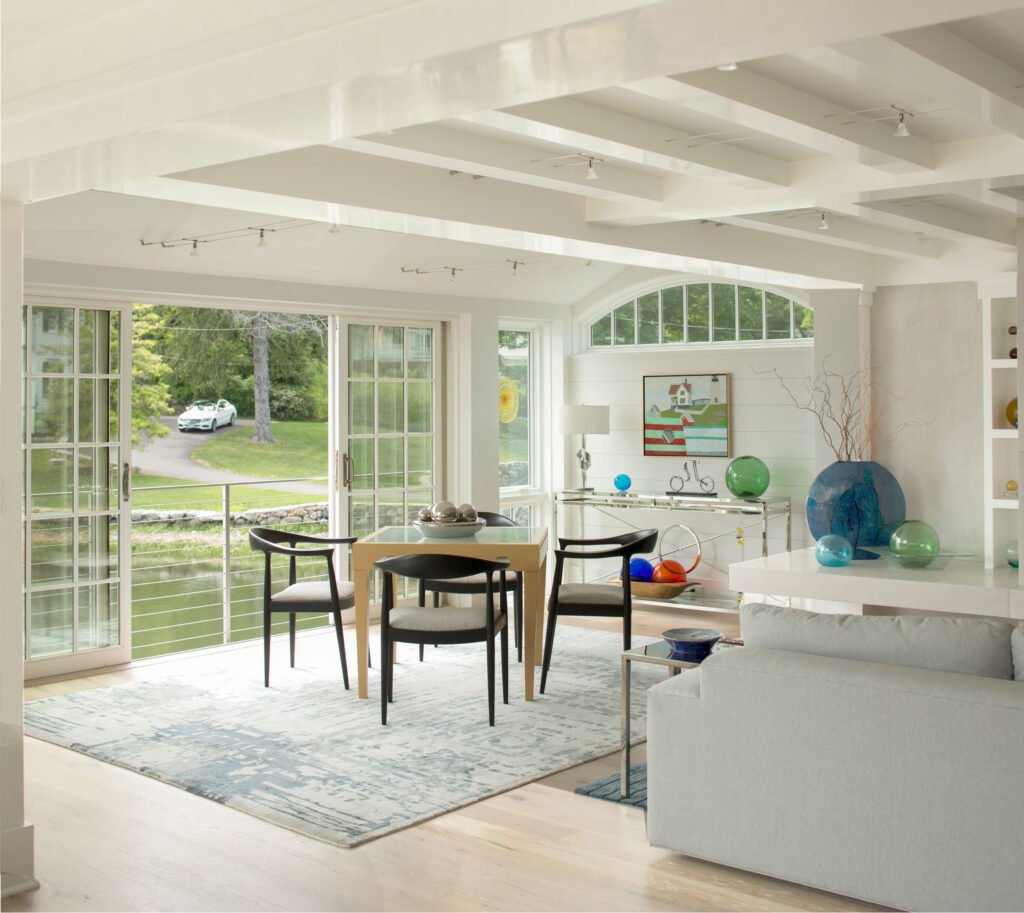 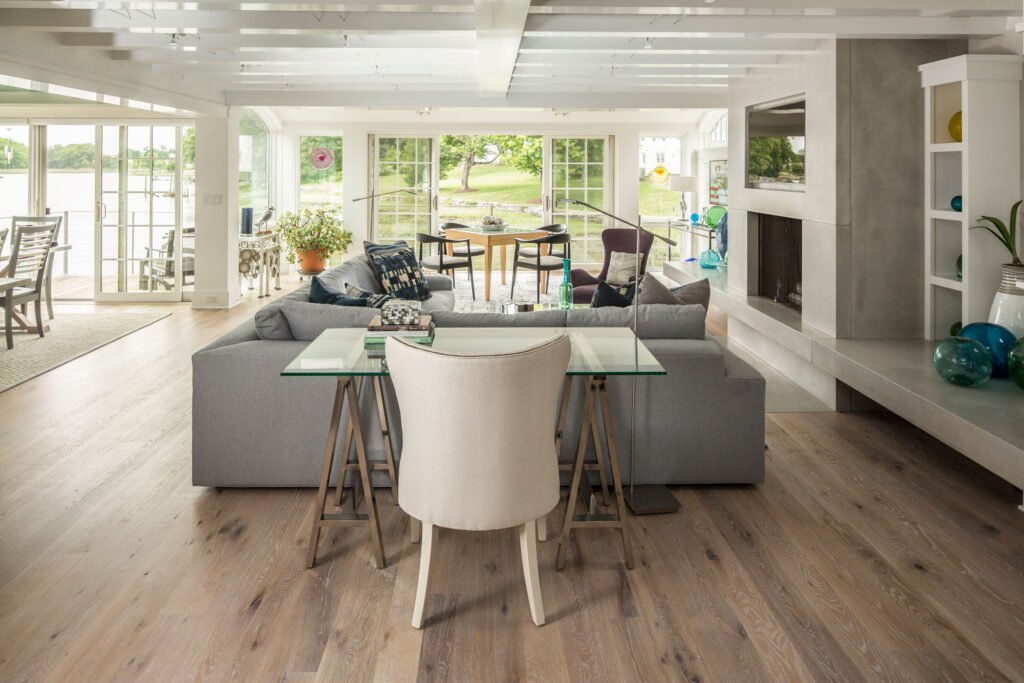 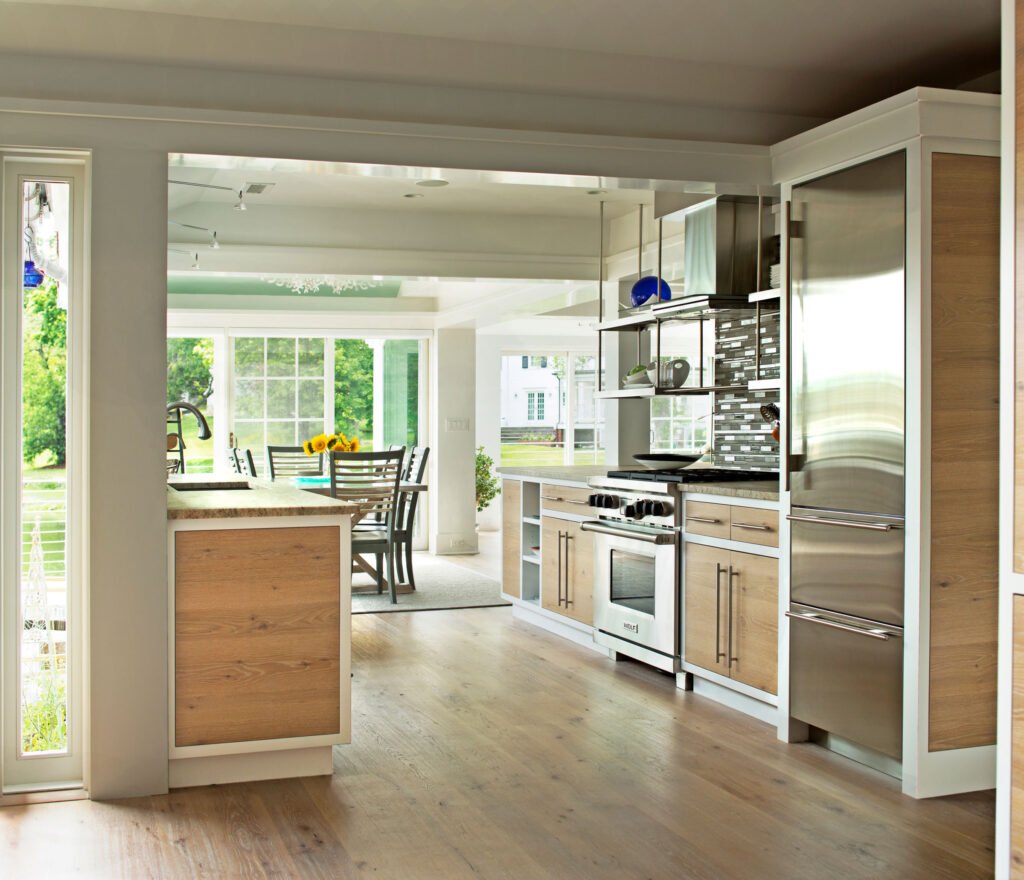 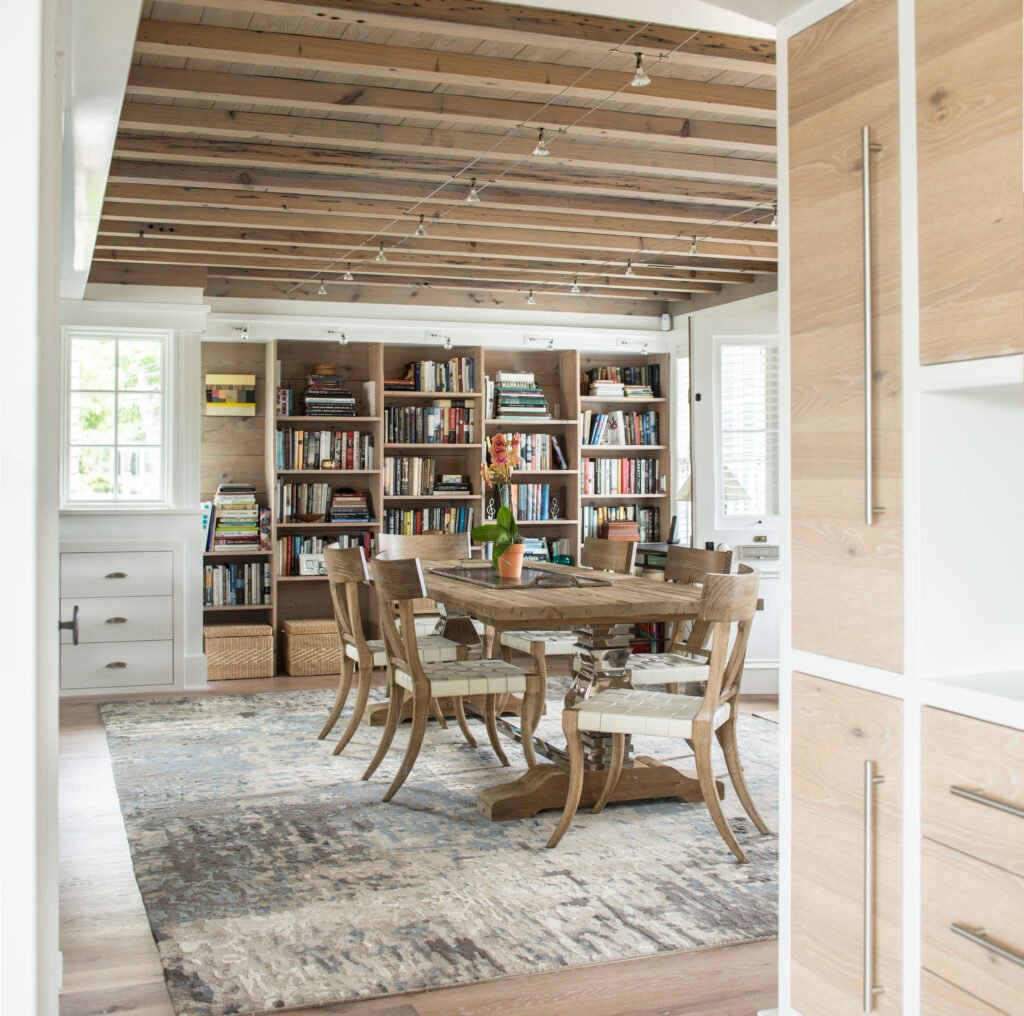 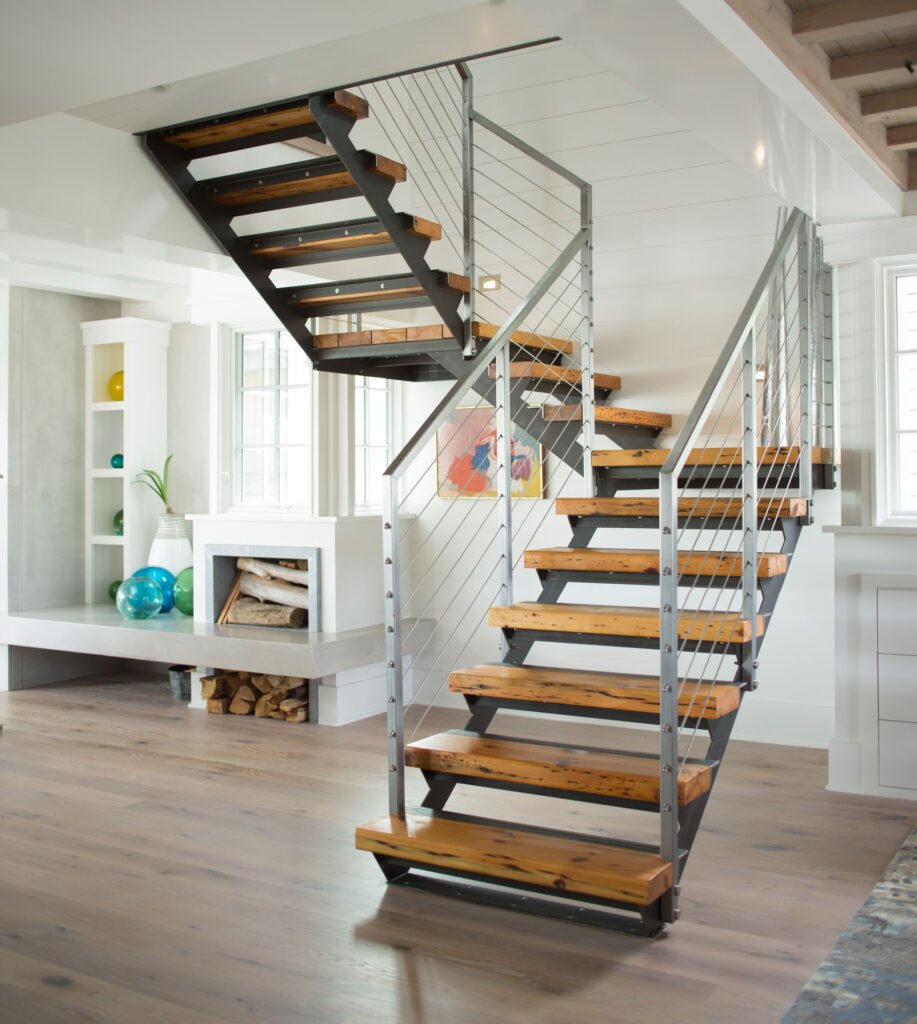 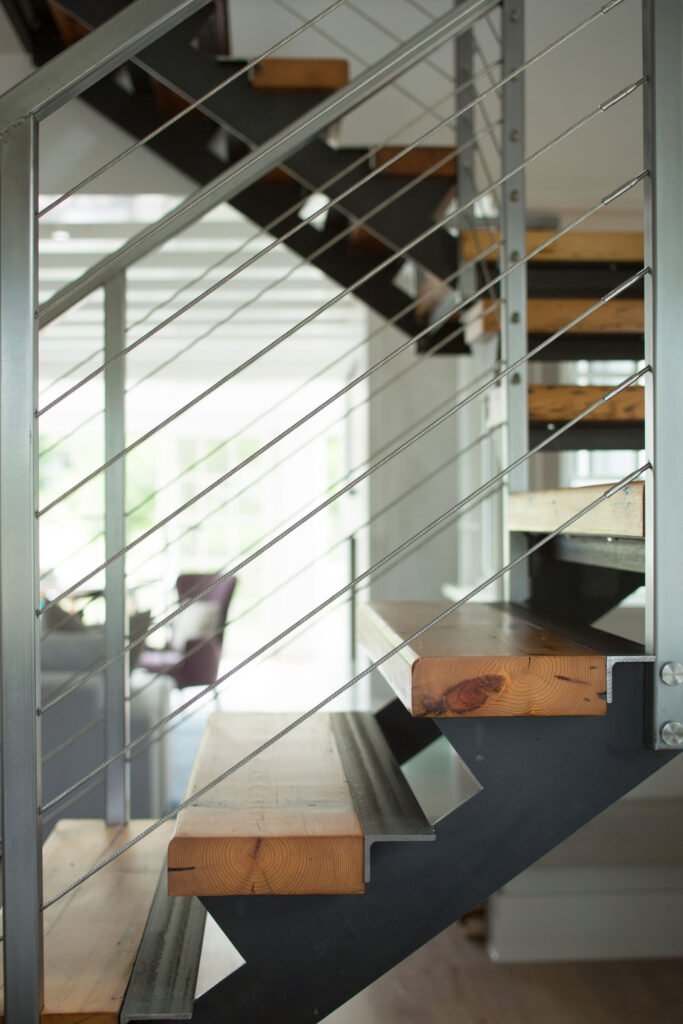 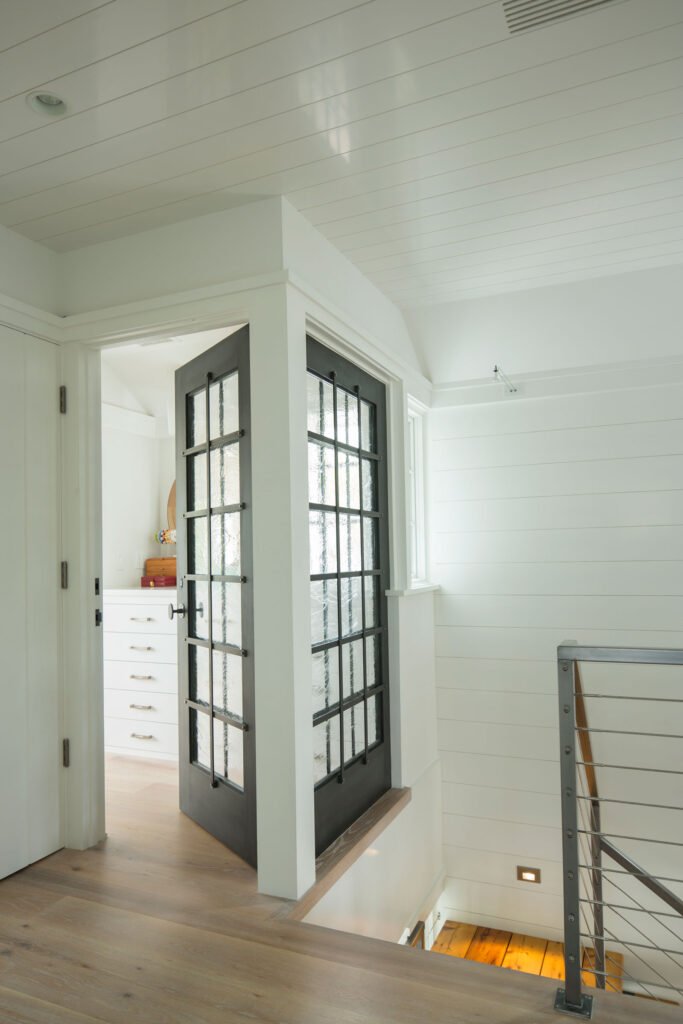 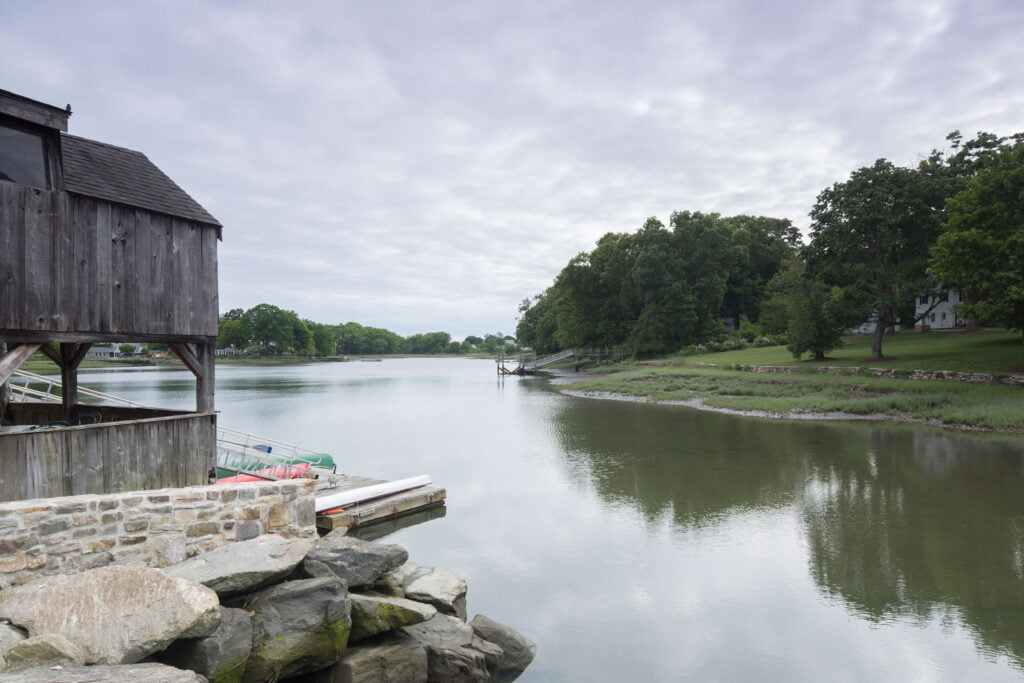